The 2012 Bibliographic Database comprises some 5,700 references to relevant shoreline management reports and publications for the 400 kilometre frontage of the SCOPAC region.

The database comprises a searchable archive of sources compiled in Microsoft Access. It provides reference details, searchable keywords, abstract and details of where original copies are held for all published and unpublished material, which it has been possible to obtain or consult.

The database encompasses all aspects of sediment transport and sediment budgets on the coast, including long term and short term coastal changes, and the effects of dredging and reclamation. Relevant books, journal articles, consultants’ reports, local authority reports, academic theses and other unpublished sources are included.

Originally compiled for SCOPAC in 1989 by the Department of Geography, University Portsmouth, the database was updated in 1992, 1995, 1998 and 2002. This 2012 update (SCOPAC 6) was carried out by the Channel Coastal Observatory in collaboration with David Carter, working as an independent consultant, and Dr Malcolm Bray from the University of Portsmouth. 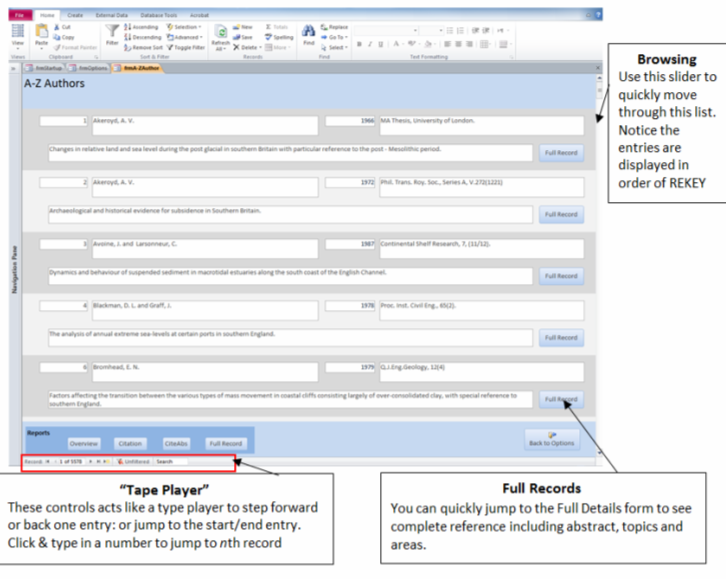 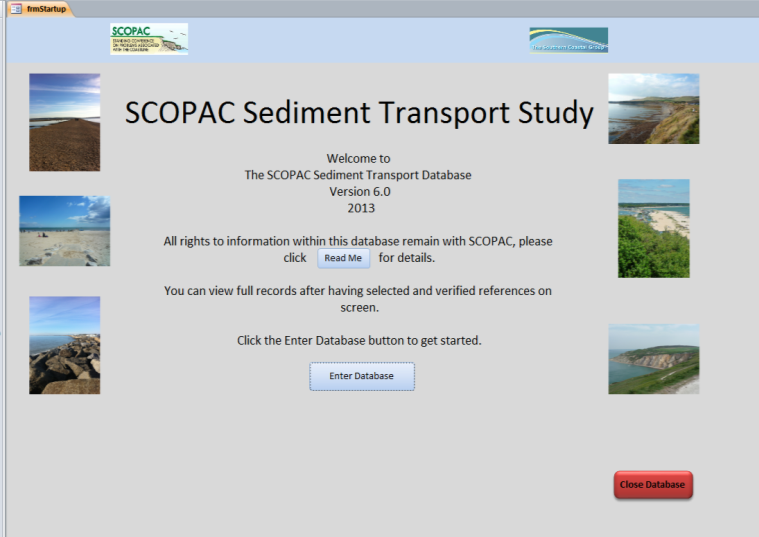 The Database is searchable by topic and/or area. It was produced using standard Microsoft Access 2010; once you have copied the relevant files to your hard drive you can modify and extend the database to suit your own requirements.

The 2012 update of the SCOPAC Sediment Transport Study relied heavily upon the Bibliographic Database to identify the sources of information that were subsequently reviewed to produce the study.

The aim of the bibliographic study was to compile as much as possible of the available published and unpublished literature and information relating to coastal sedimentation processes and sediment transport along the south coast of England between Start Point (Devon) and Beachy Head (East Sussex).

SCOPAC considered that fundamental to effective management of coastal protection and sea defences is an understanding of sediment transport processes on the coast.

In considering its research strategy in 1989, SCOPAC was aware that much research had already been done within it’s area, although much of this was in the form of consultancy reports to individual authorities and organisations and was not readily available.

It was decided that before embarking on original (expensive) research it should be established what studies had already been carried out, and that this material should be collated in such a way as to make it more accessible.

As a first stage, it was decided that a bibliographic database should be compiled which would contain details of all relevant studies on the SCOPAC coastline. Portsmouth Polytechnic was commissioned to undertake the work and produced the computerised database and accompanying Report in 1989. It has since been kept up-to-date with the assistance of SCOPAC.

The Bibliographic Database study confirmed that there was already a substantial body of information concerning sediment transport and sediment budgets in the central south coast of England.